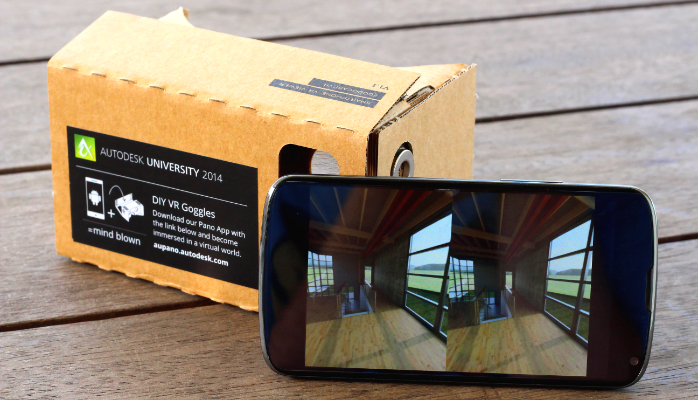 In case you missed it the other day, Autodesk has enabled their A360 Stereo Panorama rendering feature which was originally announced at Autodesk University 2014.

All the user simply has to do is log into their A360 rendering account, select an existing render, and then Render as > Stereo Panorama. 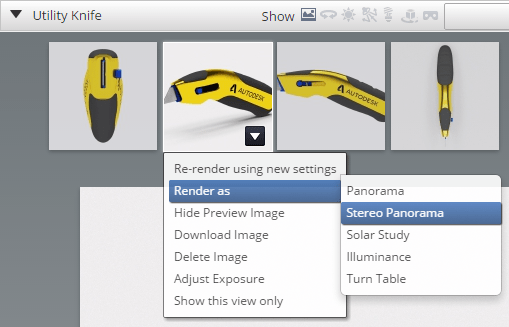 But, the stereo panorama rendering process is only one part of the workflow. Since the rendered output is in stereo (i.e. two images), you still require a visual delivery device as a means to ‘join’ the two images as one and serve that up to the user as a perceived 3D image.

You may remember a previous article from mid last year, where I proposed that the concept of a cheap VR delivery device such as the Google Cardboard was more important to the design industry than one might originally think.

This is why Google’s cardboard project is so important.
Fortunately, Autodesk saw this innovation as an opportunity to build VR on top of their existing visualisation services, and the result today is what they are cheekily calling Autodesk Cardboard.

VR technology is still relatively immature, and it could be concluded that Autodesk understands this given their first public entry into VR is being applied in a relatively safe, predictable, and more importantly existing rendering environment.
Also given how Autodesk has embraced Cardboard, one might also suggest that Autodesk wants to explore and share these presentation possibilities along with their customers via an inexpensive means.

But that’s not to say that these stereo panoramic scenes are limited to being viewed in these cheap Cardboard devices. 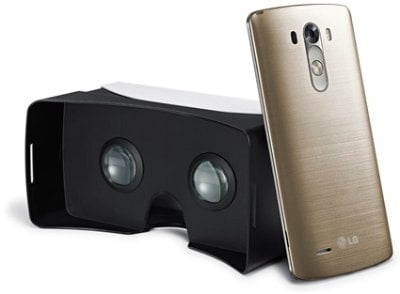 It’s been a fast and progressive 6 months in the world of VR. Other companies such as Samsung and LG have jumped on board with the Samsung Gear VR, and the soon to be cardboard look-a-like LG VR for G3.

Autodesk’s own Kean Walmsley has also been doing some equally interesting software development over on his blog.

If this is where we are from only 6 months of development, one can only imagine what we’ll see in the next 6-12 months. As an AEC design technologist / futurist, I know I will certainly be watching this space closely.

And to think, this was all thanks to a small cardboard box which was originally designed to get developers thinking out-of-the-box.