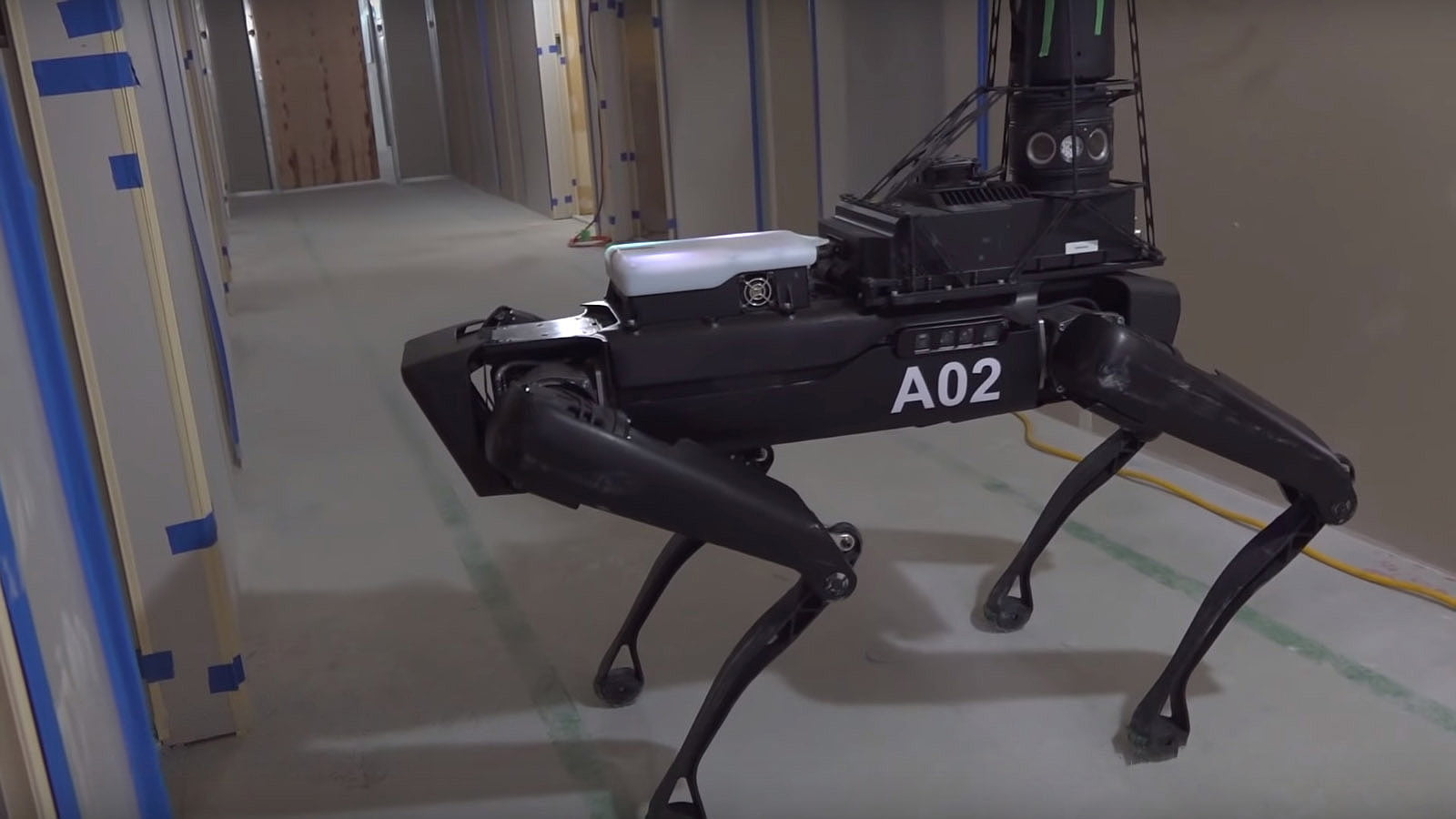 Earlier this year, Boston Dynamics showed the world they were close to commercialising their Spot Mini Robot. Leaving many wondering which industries they might have in mind beyond a ‘courier’ service?

Finally, Boston Dynamics released a new video, this time showing Spot traversing a construction site complete with a surveying payload. With a calm and steady demeanour, it navigates obstacles and stairs, all the while without damaging the surroundings. It can even be seen using its extendable arm to capture more detailed inspection information.

Weighing 30kgs (with the arm), Spot is capable of a 14kg payload. Given that even the largest of portable laser scanners are upwards of approximately 5-6kg this should be more than enough. And this is where the Spot’s existence makes sense; robots as a platform.

Fitting the Spot with a variety of hardware attachments, it is capable of carrying out the more routine and laborious on-site tasks. And doing so in areas which may temporarily be too dangerous for human movements.

Some of the tasks we might expect Spot performing in the future are:

The exciting part is that many of the above features already exist on various software platforms, some of which include their own artificial intelligence processing. But what they lack is capturing autonomy.

For example, take the Smartvid.io and Autodesk BIM 360 platforms. The former analyses site photo data for safety issues, then syncing with the latter for user assignment and rectification. Using these platforms Spot could be sent out multiple times daily. Integration could potentially go as deep as leveraging the BIM data for Spot’s navigation.

The age of artificially intelligent robots is just around the corner. While multirotor drones are often seen as intrusive, noisy, have safety concerns, and most can’t go indoors, our new four-legged ’employees’ might be the right solution at the right time. This, and whether they should be paying a robot tax?

Boston Dynamics are set to commercially release Spot in the second half of 2019.