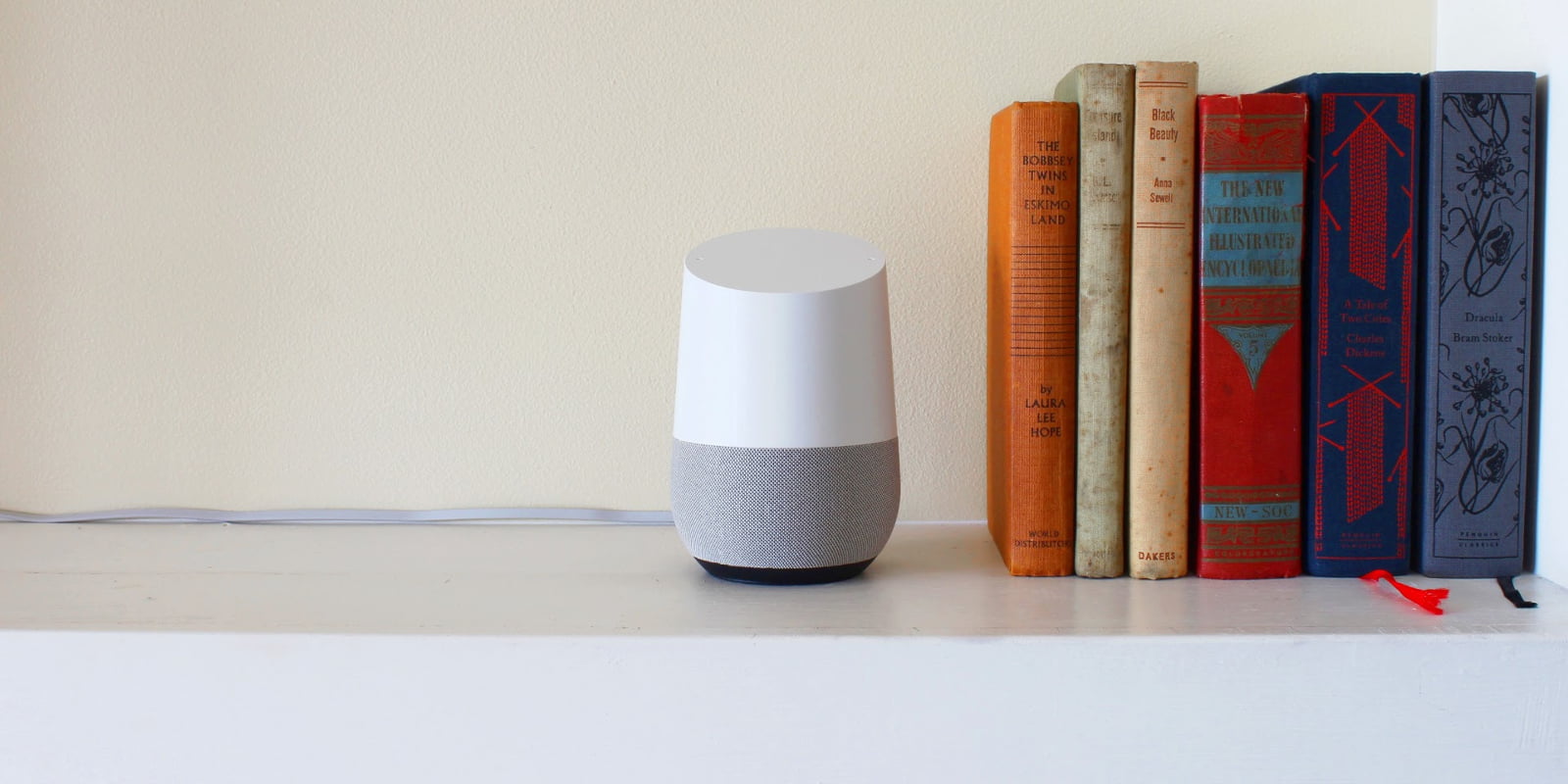 Over the past year I’ve been watching the advancements in smart home technology. A concept of science fiction, the ability to bring the house alive is intriguing. But factors such as technology maturity and cost have stopped this from happening. And especially in my part of the world, where access to the more typical brands can be prohibitive.

So as we roll into 2017 it now feels like the time is right. The smart devices industry is entering that initial point of maturity. Devices from different vendors can co-exist on the same platform, and consume less power. They can communicate further distances, and manufacturers offer a larger selection.

But what do I expect to achieve from going down this path? Well, there are a few reasons. Testing what’s currently achievable with the primary goal of improving home energy efficiency. How about improving general home security, or adding some lifestyle convenience? At a professional level gaining an understanding of how this relates to design technologies. Or even an exercise in creating a smaller scale pseudo facilities management environment.

The road ahead for smart devices still isn’t well defined, and realistically this could take all year. So to kick part one off I will be defining;

The one ground rule

Proprietary off-the-shelf all-in-one systems can cost thousands. But my ideal of a smart home is one of open communication. Open communication between devices and the underlying system which supports it. This leads me on to my only self-imposed ground rule, in which to be open it must also

Given that smart devices are still somewhat of a moving target; modularity opens it up to being changeable. Flexible. Upgradable. In the case of a poor purchasing decision, or if it breaks then sourcing replacements won’t be a problem. So with that, every item listed below has similar alternatives. 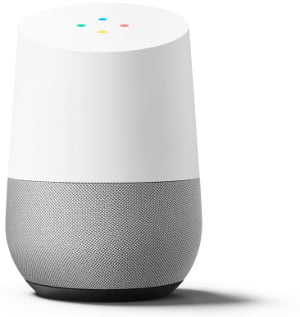 While not necessary, the thought of talking to a home like in sci-fi shows is too hard to pass up. Currently there’s limited competition in the virtual assistant space. Amazon Alexa has been the gold standard, and Google Home a more recent entrant. Both feature voice driven commands, and have smart device control capabilities built in.

Being already invested in the Google ecosystem and other Google hardware, choosing the Home assistant was an obvious choice. It also seemed like a logical place to start. Home provides the brains, a simple intelligence to understand commands throughout the house. More details on the assistant are provided in the section below on Speakers. 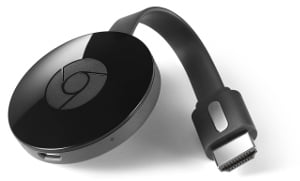 Existing devices were the easiest place to start. The TV in the main living room already supports Android TV. Upgrades to the other two non-smart TV’s with Google Chromecast made them semi-smart.

Both Android TV and Chromecast already have basic integration with Google Home. Control of these devices is now achievable via the assistant, such as starting a Netflix show, or controlling the volume. 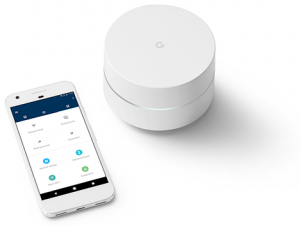 While the virtual assistant is the brains of the system, the hub is the nervous system. It helps connect all the devices together. But limited options for hubs here in Australia is currently making this a difficult decision.

So to keep the underlying system in the Googley family I’m waiting for the local release of Google Wifi. At this stage there’s no promise from Google that their Wifi product even supports smart devices. Even though some news commentators are hinting that switching this feature on in the future is technically capable. Regardless, the hub is only one part of the system. Other Google Home compatible alternatives include Samsung’s SmartThings, among others.

The hub is an important part of the system, so holding back in the short term could be an advantage. Once the hub is in place then decisions on the remaining items will be made.

The plan is to place temperature sensors in each room for two reasons. The first is to log the fluctuations throughout the entire house, as well as each room. The second is to leverage that data so the home can make automated corrections.

In my case there are a couple of easy ways to correct the temperature. Automatic blinds on the sunny side of the house, and retrofitting the air-conditioners. A third and more complex option could be through smart ceiling vents and exhaust fans.

Besides the windows, the house has half a dozen external facing doors. Checking them each night or before leaving the house is a time consuming task. For convenience the virtual assistant should be able to notify me if any doors or windows are open.

Particularly on the doors, the sensors will act as an extra layer of security. If activated, then it will trigger some other smart home event like a notification on a mobile device.

The house is already outfitted with motion sensors for the existing security system. Unfortunately piggybacking off this predated smart home tech isn’t an option. Instead, an extra set of installed sensors will track movement around the house.

The primary aim is for energy conservation. When a room senses no movement then it knows to turn off certain appliances, or even lights and ceiling fans. As a secondary function I’ve always wanted soft lighting in hallways and bathrooms.

I have a feeling that habitual movement throughout the house could be interesting data to analyse. Habits are also subconscious activities. What I perceive as regular movements around the house will no doubt contradict the data.

As previously mentioned, automatic blinds would work in conjunction with temperature sensor data. This will better regulate the north facing living room and master bedroom temperatures.

There could also be some extra benefits. In the master bedroom the blinds could respond to morning alarms by opening. Or when leaving the house by lowering all blinds for added security and privacy.

The front door has one major flaw, it has no peephole. What!? Yeah, I know. I literally cannot see who is on the other side of the closed door. Although, I do have a not so convenient alternative of viewing the front door from elsewhere in the house.

Installation of one of the many options for an internet connected front doorbell with security camera will correct this. This will then provide additional functionality over a standard peephole anyway.

In an interesting turn of events, manufacturers are moving away from devices with displays. In their place are devices that you now converse with, i.e. a virtual assistant. Think Amazon Alexa, Google Assistant, Apple Siri, and Microsoft Cortana. As previously stated, I’ve chosen the path of Google Home incorporating Google’s Assistant.

Up until now speakers have been somewhat simple devices. They provide a unidirectional flow of information, such as playing music. Modern Wifi enabled speakers provide connectivity to the internet, and other devices.

But in 2017 we anticipate the arrival of the microphone enabled speakers. An evolution in speaker technology enabling bidirectional communication with our virtual assistants. This of course this expands on the work that Amazon and Google have done with their hardware devices.

In time, assistant connected speakers will start appearing on the market. In my case, select rooms in the house will take advantage of this when suitable options are available.

Adding video cameras to the house perimeter is purely as an extra security measure. I would also like the ability to remotely check in on my dogs, especially in the event of a storm.

During the peak summer periods I would like to have better control of the house climate. Despite making the house as passively cooled as possible, it won’t be enough on the hottest of days. That’s typically when the air-conditioner is used.

I also like the thought of connecting the A/C to online. While heading home, the house could be cooling in anticipation of my arrival. This is achievable through geofencing on a mobile phone, combined with a pre-set activation temperature.

Each of the two bathrooms, as well as the master bedroom walk-in robe could receive a humidity sensor. For the bathrooms when the shower is running and the humidity rises, activate the exhaust fan. As for the robe which has poor ventilation, activating the fans during humid days is favourable.

But I want these fans to be smarter than merely responding to humidity. Remember, each room will also be recording the temperature. So each exhaust fan could have a second purpose of actively cooling those parts of the house. This concept still requires some more research.

Due to permanency or higher cost, the following excluded features will remain for another time.

I live in a warm climate. Existing passive cooling features such as high ceilings, and excellent natural cross-ventilation helps. But I believe the installation of smart vents would improve on this. The temperature sensor regulated smart vents would open when hot and close in the cold.

While this would be easy to implement, the cost is a factor. 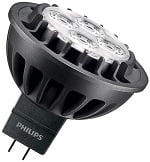 The house is already outfitted with MR16 LED downlights. Unfortunately, these don’t come in a smart variety in the same way as the Philips Hue. The only way to work around this is to control the lights at the wall switch. Despite new smart wall switches being cheaper than replacing all the light bulbs, this is not something I’m ready to commit to.

What about the BIM?

By this time, data is being logged in the form of temperature, humidity, door and window states, and movement. So the question begs about whether further insights can be gained by connecting it to a building information model? In a larger building, connected assets provide better context to the facilities manager. It helps them to understand upstream and downstream assets, among other things. Asset management decisions are made quicker and with a higher accuracy.

But in a smaller building like a house the systems are less complex. A smart home is a meshed network of devices, rather than a linear network of larger building assets. Maybe a traditional building management system approach doesn’t apply here? Instead a more visual approach could be a better way to interpret the home’s data?

Looking online, Autodesk’s research project Dasher 360 looks like it could do the job. In particular, the visual colour mapping of temperature and movement looks interesting. But when Dasher 360 is ready for public release it mightn’t even support smart devices. Fortunately, being built on Autodesk’s Forge platform, a custom connection between it and the smart device hub should be possible.

I’m not looking to control the smart home through an interface like Dasher 360. That is what the virtual assistant is for. But it could be an efficient way to interpret the data, furthering improvements to the smart home.

The next update will come after the installation of the hub and a few devices.