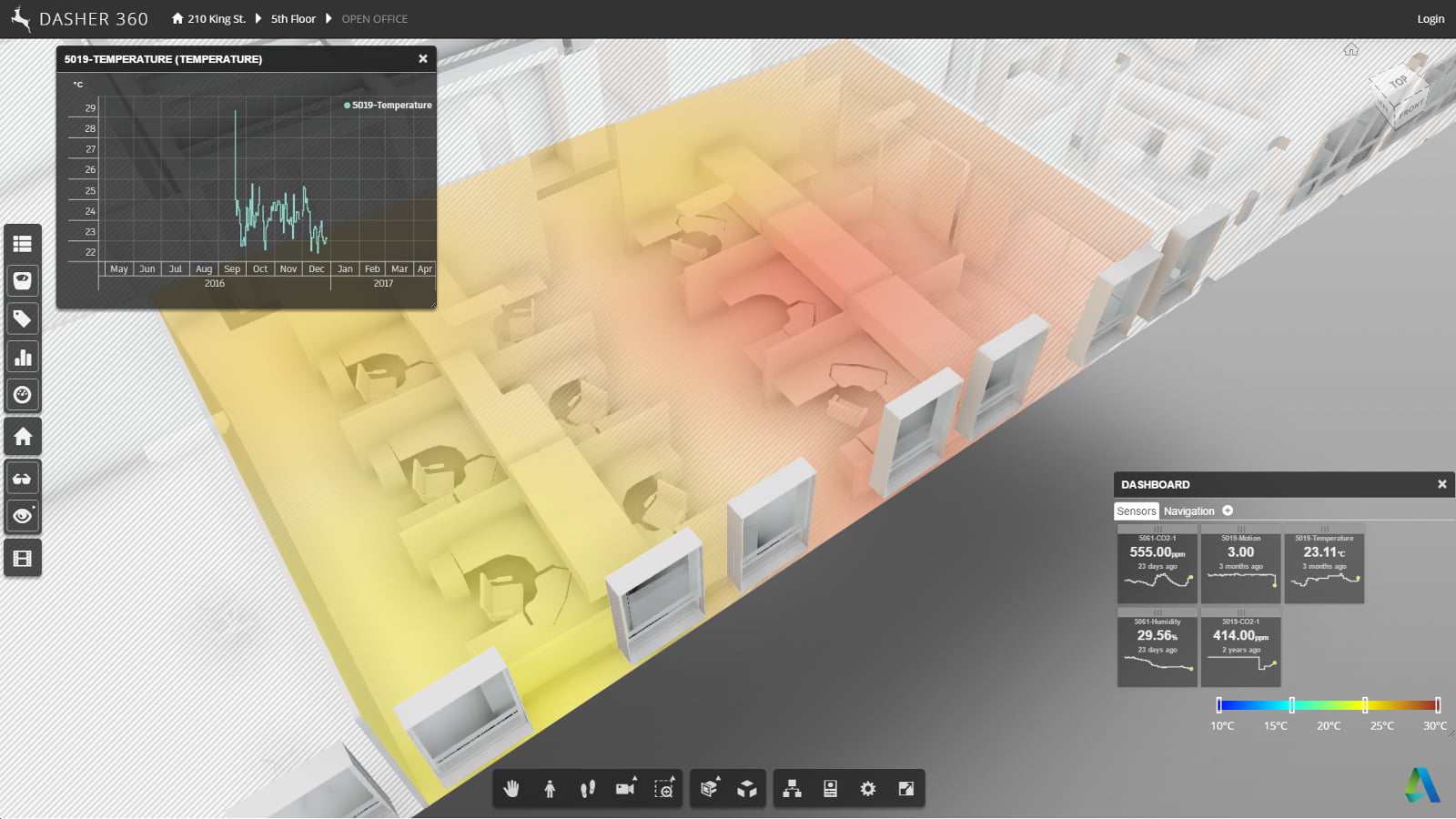 The other day Autodesk provided a somewhat significant update to Dasher 360. Built on top of Autodesk Forge, the research project aims to connect the BIM to live asset sensor data. Now a few months since the last update, Dasher 360 sees improvements in performance and the long-awaited introduction of Surface Shading.

And these are welcomed additions. Having recently started down a path of adding smarts to my home, analytics could be a useful tool. Understanding room temperature and occupant movements should lead to achieving better building performance. Knowing when a space is occupied, or will be based on past data provides the building a simple predictive operations schedule. And we haven’t even begun to introduce machine learning into the mix.

In the case of Dasher’s Surface Shading (i.e. heat mapping), the data is graphically represented. To begin with this makes it easier to read for us mere humans. But when introducing a new data point such as time, this graphical data becomes far more valuable and intuitive. Better insights into temperature fluctuations throughout the day, or how occupants interact between the spaces could be invaluable.

ENTERING THE ERA OF CONNECTION

My only reservation with Dasher 360 is how open it will be with connecting to data sources. It’ll most certainly be compatible with existing name brand systems in the commercial sector. This is after all the target audience. But in a world of online openess any data source should theoretically be possible.

Autodesk themselves are proclaiming the ‘Era of Connection‘ has arrived. Let’s see if they can deliver on that.

Check out the Dasher 360 demo.

What’s next for Autodesk BIM 360 Docs