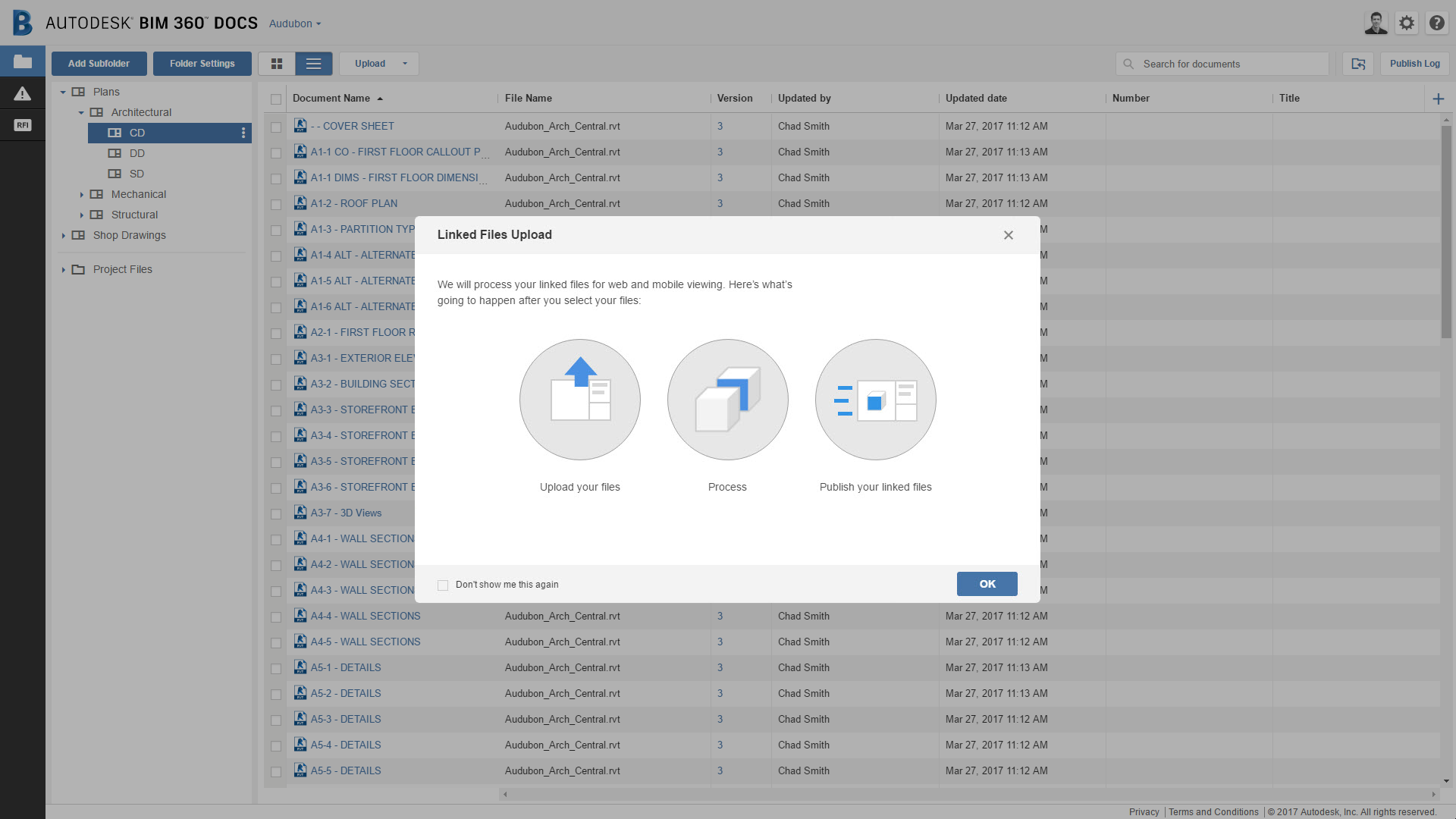 Autodesk released the April update to BIM 360 Docs, which is their approach to cloud based document management for the AEC industry. And while the monthly updates are typically incremental, more significant features sometimes appear. This month’s focus is on Linked File Uploads.

Setting BIM 360 Docs apart from other document management systems (DMS) is its close relationship to authoring products. In this case Autodesk’s own Revit and AutoCAD. This allows Docs to automatically extract sheet information from the design files. By eliminating the tedious process of having to publish to PDF, it speeds up Docs’ issuing process.

When BIM 360 Docs debuted, there was a notable limitation. If the design model had links, they weren’t included on the issued sheets. e.g. A structural model with an MEP link would only publish structural information.

The new Linked File Uploads feature resolves this by uploading host and link files together. This ensures all extracted sheets are now complete.

But when uploading models to the Project Files folders the process is different. In this case linked files are inserted into the host file. Even though both host and links are viewable as individual files in the folder, they aren’t in fact linked.

Joan Allen, Sr Product Manager of BIM 360 Docs later clarified in a comment that future improvements to model management are coming. Expanding on the Linked File Uploads will bring the authoring products closer for “work in progress” workflows. Also coming is a concept of “merged models” for indepth review and analysis, like in Navisworks and BIM 360 Glue.

It’s no secret that BIM 360 Docs will eventually become the underlying DMS for BIM 360 products. The features released in this update brings that one step closer.

Other new features and improvements include: