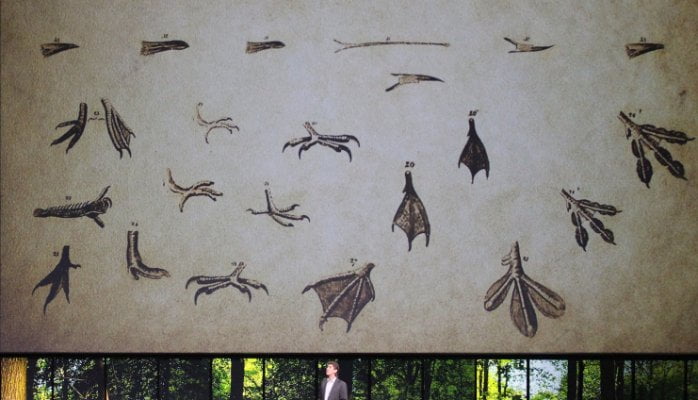 At the annual Autodesk University conference this year, Jeff Kowalski of Autodesk said the following during the opening keynote:

Nature only moves forward, and for us to experience similar progress we need to consider the huge corpus of potentially relevant ideas and designs that already exist.

It’s an interesting statement. Given that we live in the era of big data in which we are amassing large treasure troves of data at an exponential rate, are we really using it to its full potential? I have a sneaking suspicion that most of your existing design data is just sitting idle, and you didn’t even think about it that way, until now.

Look at it this way. Think of data similar to a living organism. Once it is born it’s new and full of life, but being immature we may not yet know what to do with it or maybe even why it exists in the first place. With time though, it’s interaction with other data helps it mature into something meaningful, with purpose, and in context.
But, like all living organisms the inevitability of death soon sets in, and as time passes the data’s relevance slowly decays to the point it becomes irrelevant and therefore of little or no value.

But unlike data, nature is inherently far more efficient with its genetic code.
And yet as a product of nature, us humans are very inefficient at identifying patterns and relationships in what we create, such as data, technology, and design. These are the products of our existence which we crave in order to progress ourselves forward.

The problem is, when it comes to innovation we are typically focusing on the revolutions, rather than showing the same restraint which mother nature expresses through her slow and purposefully placed steps. If we move too quickly then we are likely to miss those underlying patterns and relationships, and this in itself could lead to unwanted disruptions in the innovation process.

Sure, revolutions in innovation do happen, just not as frequently as we might like to believe. But there is always a fragment of truth behind them in that their origins can be traced elsewhere.

Most people are aware of this famous quote from Apple’s Steve Jobs:

Picasso had a saying — ‘good artists copy; great artists steal’ — and we have always been shameless about stealing great ideas.

Although, it was Apple’s Bud Tribble who later put it a little more eloquently:

If you take something and make it your own … it’s your design and that is the dividing line between copying and stealing.

The seemingly endless battle between Apple’s iOS and the Android OS is a modern example of where innovations are derived from the past, and improved upon in the future. This innovation comes from each company’s own resource pool, and of course looking abroad to each other.

And this is a good thing in moving forward!

But coming back to Jeff’s original quote from the opening keynote, where he was specifically expressing the notion from a software vendor’s perspective that in order to continue innovating in the design space, innovation of the design tools must precede.

In this case, Autodesk are reimagining / reinventing how their users interact with their designs by looking towards nature for inspiration. By using machine pattern algorithms, they are able to find relationships between past projects, content and its usage, metadata, demographics, environmental factors, the list goes on.

The result of this from a user’s perspective is two-fold:

Looking towards nature for inspiration is certainly not a new thing, but it is definitely going to play an increasingly important role as we move into the next decade. More processing power will be available, our collective knowledge bank of data continues to grow, and our tools will become smarter, more intuitive, and more predictable.

Moving forward, it’s not necessarily going to be a matter of how much data is available to gain a competitive edge, but rather how it is interpreted and leveraged.

You never know, this could very well lead to your next evolution of innovation.