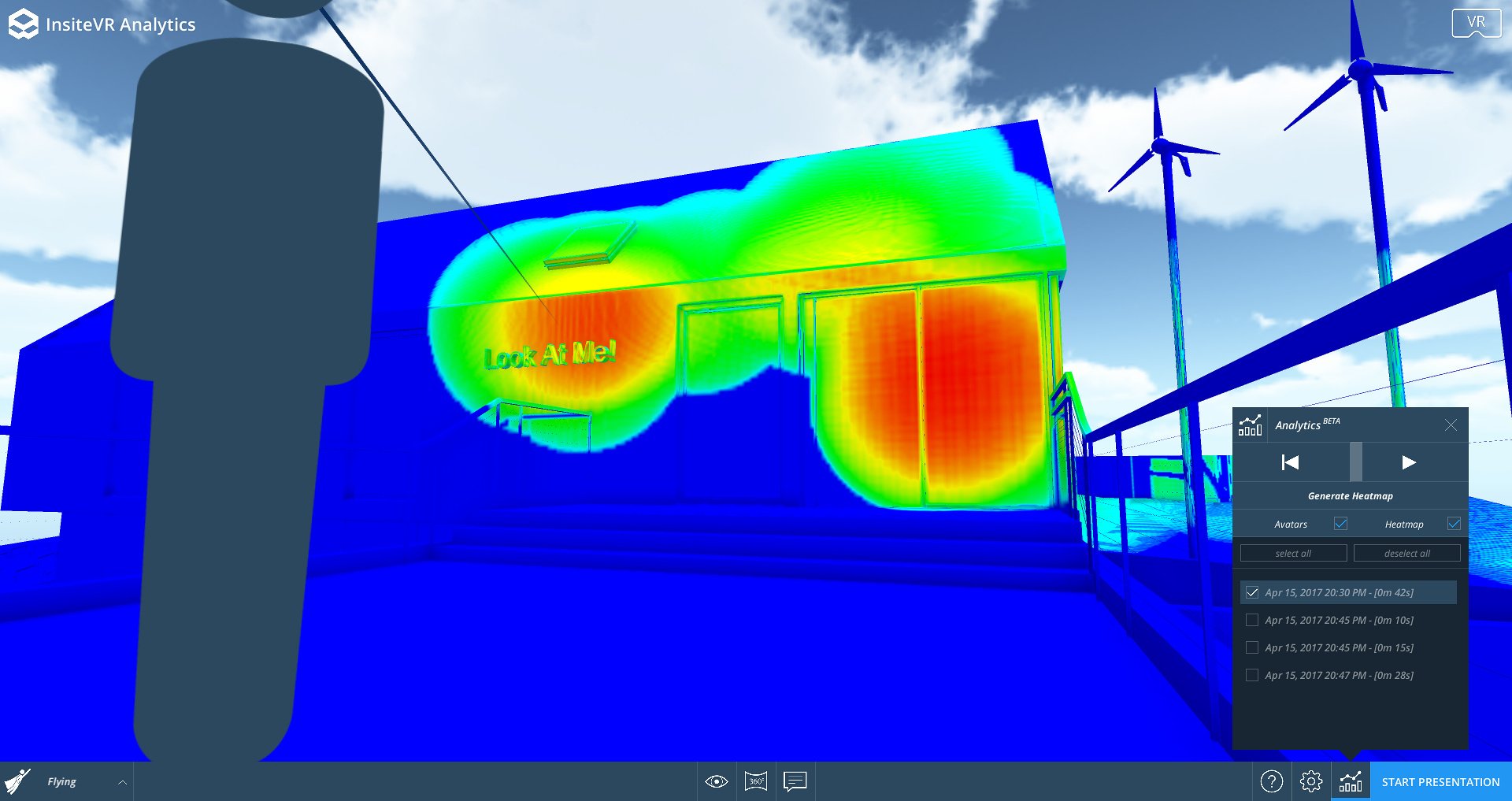 Virtual reality has barely begun to leave its mark on the architectural and design industry. Often it’s used as a tool for immersive engagement, allowing users to visualise a design. But all too often this engagement is only one way. External observers (designers) are left wondering what the participant’s subconscious is thinking as they traverse the environment.

Web site designers have been leveraging the secret of user analytics for years. No, not the kind which tracks your movements across the web. Rather the kind which tracks your cursor movements across a page. The ability to understand where your cursor spends most of it’s time, where you click, or how you scroll through a page. All this data leads to better web page design.

And now InsiteVR are taking a similar approach by tracking a user’s engagement in VR.

Using InsiteVR Analytics, a user’s behaviour within the space is recorded, played back, and analysed. As the participant explores the space, external observers can now better understand the how and why. How the participant got to a particular space, and why they made the decisions they did leading up to that point in time.

This feedback data is displayed through the form of gaze heatmaps. This data is reviewed, allowing the designer to feed any changes back into the design process.

InsiteVR have noted that the use of the heatmap feature has been particularly useful in reviewing the effectiveness of wayfinding signage. Especially in large public places like airports and hospitals where navigation can be confusing.

This data then helps with validating critical design decisions back to the client. What better way to support the design than through real user metric driven feedback.